The Boston Gay Pride Parade starts on Boylston Street and comes past this point on Clarendon Street shortly later passing through the South End then the Public Garden and Beacon Hill before finishing in Government Center. That’s Mayor Marty Walsh’s contingent with the arch of balloons. He has been a long standing proponent for gay rights starting when he was a State Rep and is a crowd favorite. There were so many lovely hugs between bystanders and marchers. I was happy to get the reunion in progress in the street which stood in for all the others I saw. And, of course, there were great costumes. Massachusetts was the first state to embrace same sex marriage in 2004; and on June 26th, 2015, not long after this time collage was taken, The Supreme Court ruled in favor of making same sex marriage legal across on the country. 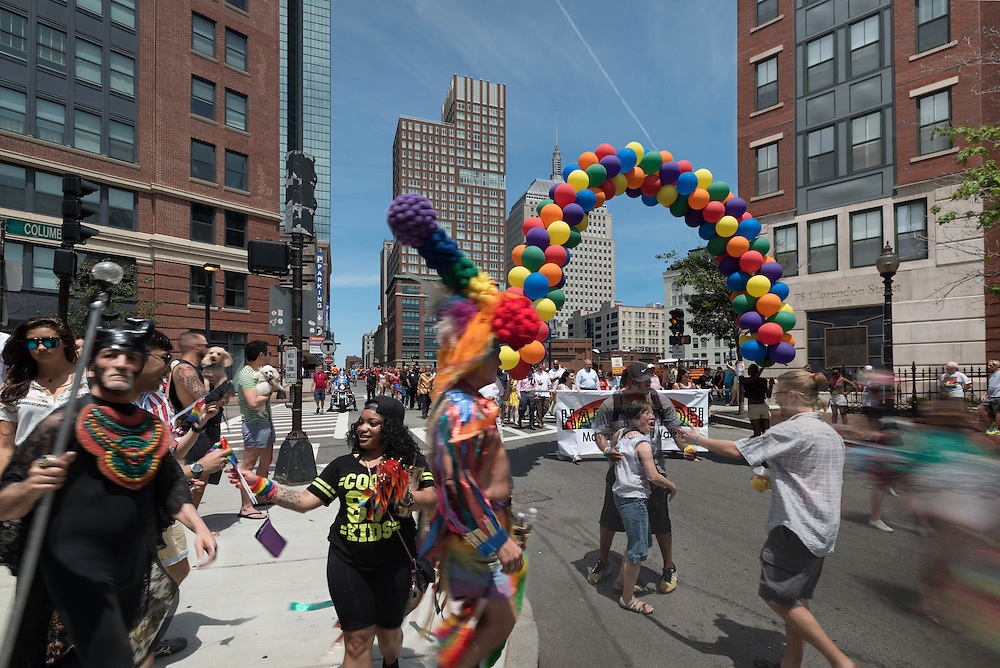