Success, uncertainty, and mourning co-exist in this time collage of the BU Theatre. This is opening week of A Confederacy of Dunces with Nick Offerman playing lead Ignatius J. Reilly which would go on to be one of the most successful productions in the Huntington’s 33 year history. However, in October, the Huntington Theatre Company joined the uncertainty descending on Boston’s performing arts community when Boston University rejected an offer by HTC to buy the property deciding instead to see what the market would bear. The Huntington Theatre Company is guaranteed use of the theater through June 30th, 2017. In September, Citigroup announced it would no longer sponsor the Citi Performing Arts Center. On October 11th after the last performance of The Book of Mormon, Emerson College began a year long closure of the Colonial Theatre to explore possible renovations and other uses for the space. Days earlier, the Boston Lyric Opera announced it would not renew its lease at the Citi Shubert Theatre. Looming over the scene in the distance is the Prudential Tower lit in red, white, and blue of the French flag commemorating the Paris attacks which happened the day before. 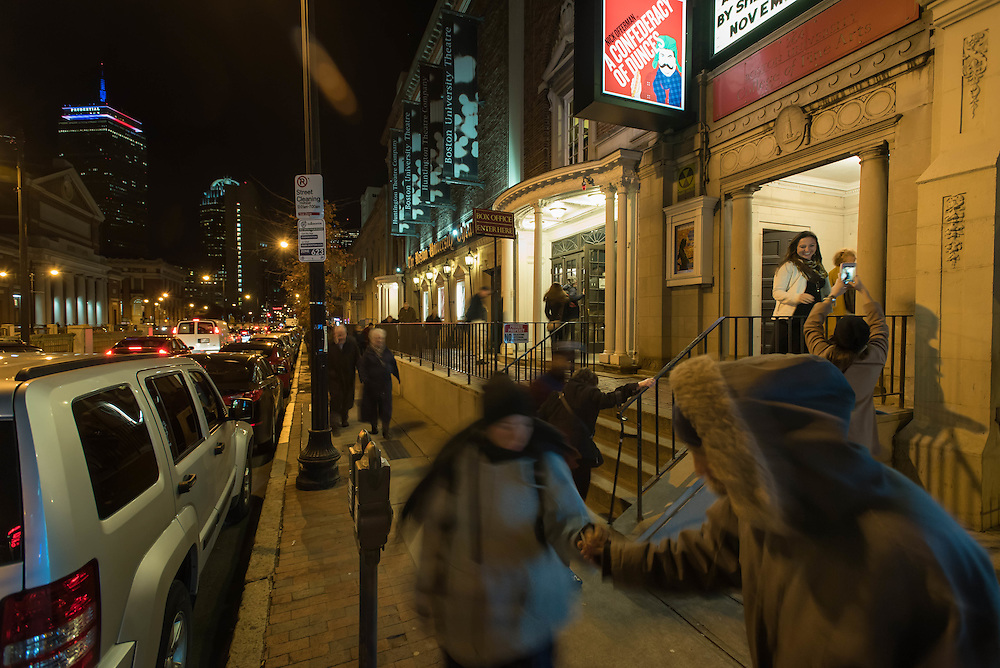