This was Marathon Monday 2015. The weather was rainy. A kind fellow spectator passed me a plastic bag to place over my camera. While I shot, the announcements of the beginning heats of runners were announced. A fireman walks through the crowd with police officers in the background. A photographer takes photos up Ring Road where a security checkpoint was. A camera hangs off the roof of Lord and Taylor. The second bomb went off almost directly across Boylston St. Maybe that camera helped track down the Tsarnaev brothers. 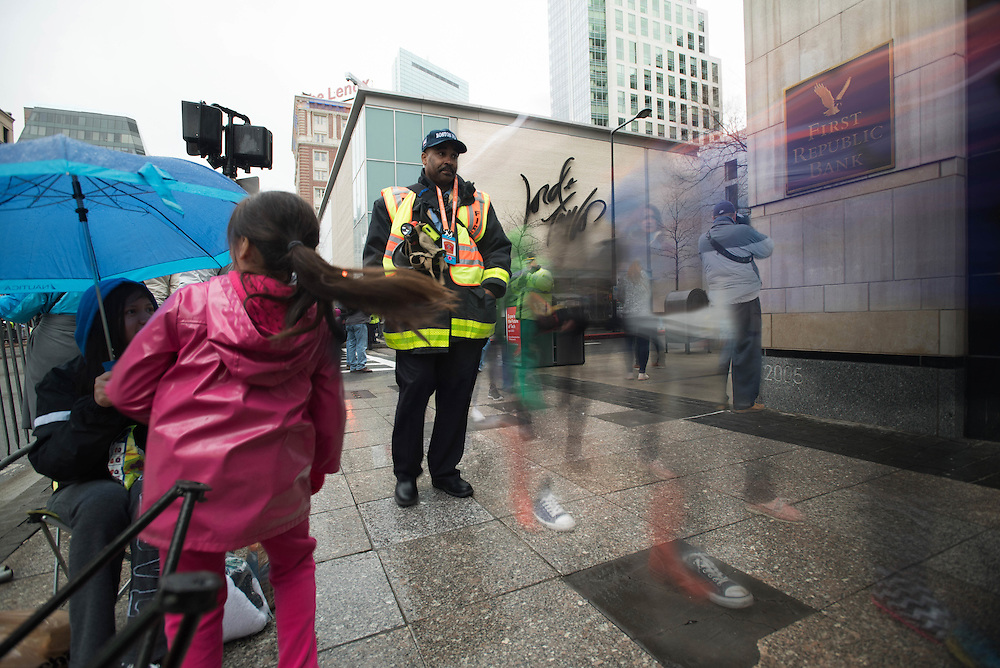